What is Neuromarketing and how does it relate to SEO?

By Dave Sottimano Published January 04, 2012 in the SEO category

Why did you choose to come to this page?

Short answer is I don't know, and you'd probably have a hard time explaining it too. I could probably make educated assumptions, but like many of you, I like to see solid proof of concept - less talk, more action.

Hopefully I've got your attention for the next 10 minutes, so grab a coffee or tea and let me introduce you to the brilliance of neuromarketing and how it's going to change everything and how it relates to the future of SEO.

However, all the metrics (clicks, bounce rate, etc..) still don't tell me why.

For years the only way marketers could gain this kind of intelligence was by asking the consumers directly (focus groups, surveys), but there's one fatal flaw with this type of information. The flaw is so big that it causes hundreds of new product failures per year and leaves husbands across the world to sleep on the sofa because they didn't understand why "nothing's wrong". 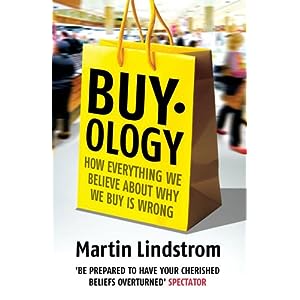 Under stress (or even when life is going along pretty well), people tend to say one thing while their behaviour suggests something entirely different. Needless to say, this spells disaster for the field of market research, which relies on consumers being accurate and honest.

That's a quote from Martin Lindstrom, from his amazing book Buyology that inspired me to write this post.

My definition: Where science and marketing combine to specifically and accurately determine what our brains want.

Wikipedia definition: Neuromarketing is a new field of marketing that studies consumers' sensorimotor, cognitive, and affective response to marketing stimuli.

Martin Lindstrom conducted the world's largest neuromarketing study (spending 7 million USD, 2,081 volunteers) in order to uncover the thoughts, emotions, needs, and wants of consumers in a scientific method. By using an fMRI (functional magnetics resonance imaging) machine, he and his team were able to accurately detect what part of the human brain was being fed oxygen, up to one millimetre. When the human brain is working, it needs more oxygen; therefore he could detect what part of the brain would essentially "light up" when it was being used.

Without spoiling the book, I wanted to share some of his results with you - to inspire you, as it has done for me:

On the TV show American Idol, Coke, Cingular and Ford were the three main advertising sponsors - they all had 30 second commercial spots, but:

There were a total of 400 subjects who were shown 20 logos - some of them were from the show, including Coke, Cingular and Ford and these are going to be referred to as product placement branded logos. The other logos had nothing to do with the show, like Ebay, Fanta etc.. these are referred to as non branded logos. They then showed the subjects a special 20 minute version of American Idol as well as an episode of a different show.**

**I've cut quite a bit of detail out from the book, I guess you'll just have to read it!

Coke was more memorable than Cingular, and much more memorable than Ford. In fact, the subjects actually remembered less about the Ford commercials then they had before entering the study! Ford spent 26 million USD only to lose market share! Incredible.

Coke played an integral part in the show, through clever product placement and integration they were able to form a strong bond between the drink and the emotions provoked in the show. Remember that each judge had a Coke glass to drink from throughout the entire show - so every happy, inspirational, heart-wrenching, joyful moment in the show had at least a flash of the judge's desk with the Coke glass front and center.

Here's a quick clip, just watch 20 seconds of this to understand where Coke fit in:

Great, so what does this have to do with SEO?

The science of why we buy is more closely tied to conversion rate optimisation (CRO), and CRO is becoming and essential part of SEO. Sure, we can get traffic to our site using SEO, but in order to achieve maximum results (the results that CEOs and clients pay us for) we need to make sure that those visitors convert into sales.

Unfortunately, there aren't any online focused neuromarketing studies available, but it doesn't mean that we can't apply some of the lessons learned from Martin's book to our current marketing efforts. In a nut shell, he proves the following in the book:

Smiling: Has a very big impact on memory recall - Think of the images you use to display your brand

Mirror Neurons: When people see an action being done, they have a tendency to repeat it

Tribalism: Ability to find community through commerce. Think of the Mac VS PC commercials

Sex: Doesn't sell anything but itself!

Neuromarketing is still in its infancy much like SEO, but I do expect the two disciplines to collide in the near future. We're starting to talk about it, slowly - but I hope that this encourages more of us to explore this exciting new field. It's a bit invasive, I know, but I honestly believe that we can achieve much more creativity than what I see lying around today.

The fundamental principles that I've learned from reading about neuromarketing easily apply to SEO & online marketing, as they do to any other form of marketing. Here's one last clip of Martin on the Today show talking about some clever marketing tactics:

I hope I've inspired you, mainly because I want to see a better internet with less crappy articles, spammy keywords and unoriginal content. I truly believe if marketers actually understand what I want, they (you) will satisfy my search query or buying needs with precision and make the internet a better place.

UPDATE - Josh Braaten left some great book suggestions for anyone who's interested in taking this further. He's even got an internet marketing book review page, awesome!

The Upside of Irrationality by Dan Ariely

Why We Buy: The Science of Shopping by Paco Underhill - Thanks to Eric for this one.

Brandwashed by Martin Lindstrom - This is going to be my next one!