Net Neutrality & The 2010 US Elections: What It Means to You

By Sam Crocker Published September 07, 2010 in the SEO category

As this is a somewhat political post- the usual disclaimer applies. This post reflects the views of the author only and they do not necessarily reflect the views of Distilled.

The first rule of blogging (and dinner conversation) is to avoid talking about politics or religion. However, sometimes politics can have a massive impact on our industry and as such, today we'll be taking a look at a few scenarios in the upcoming US Congressional elections and how this may impact SEO and the internet more broadly. 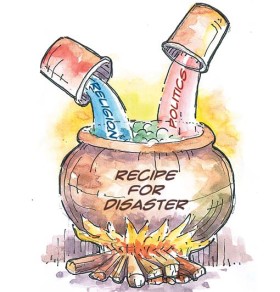 What is Net Neutrality?

"Network neutrality" (AKA Net Neutrality or Internet Neutrality) is basically what it sounds like: the internet is meant to be neutral. This suggests that content, sites, platforms, etc. are not to be controlled by internet service providers or the Government. This does NOT - as so many of us have found - necessarily exclude any of these entities from gathering and sharing "private" information.

Further, Net Neutraility suggests that information, connections, users and so forth should all be treated equally. The principle is intended to guarantee a level playing field for all users. That is to say, it is to ensure that there is not preferential treatment in the order in, or speed with which, information is transferred.

Remember how much it sucked to do just about anything on the internet as recently as 10-15 years ago? Remember when your 56k modem seemed blazing? Remember when you had to wait overnight just to load a short video clip?

Thank goodness we don't have to do that anymore... though without net neutrality this may soon become the standard again. Nothing like progress, eh?!

What Are The Threats to Neutrality?

The biggest threat to neutrality is discrimination. Absent the "free and open" part of the internet, service providers could charge a premium to allow you to view certain types of content. For example- without Neutrality, the major providers could charge you a "premium" to allow you to stream video, an additional "premium" to play video games online and an additional premium to connect to secure sites.

Lobbyists. It should come as no surprise that there is a lot of money at stake here and the best and brightest of the lobby groups have been raising and spending funds to try to make sure that the Government does not pass any laws (or permissions to the FCC) that might block service providers from charging extra and/or showing preference towards one type of content or user and another.

Why Net Neutrality Matters to You

Net Neutrality has become a tacit constitutional right on par with the 5th amendment for many avid internet users. The freedom of speech (as well as, erm- expression) has been extended to the internet in ways previously unseen and documents/publications are being created in this crowded public space at an alarming rate.

The extension of a non-neutral net could lead to censorship of certain pages or websites all together. Just think how terrible it would be if the only "non-premium" source for news was Fox News.

Censorship to one side, the non neutral web also means that internet and telecommunications companies cannot control the flow of information which allows for more open and "fair" competition and we need not look any further than the global marketplace that is Google to see how this could impact businesses.

Despite this, it is hard to deny the fact that search engines, on the other hand, are already able to control the results they return and our increasing reliance on one or two main search engines for our information does raise some questions about how much people really do care about filtering of information. 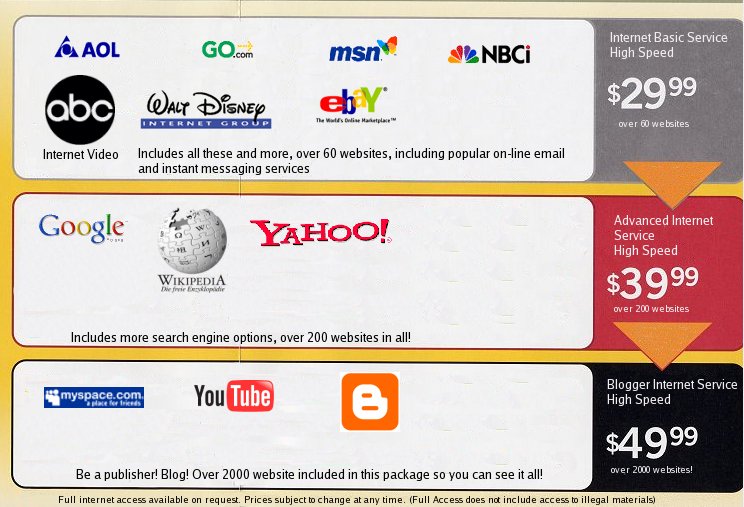 The internet, viewed as a global marketplace (for information, products, etc.) is not unlike the "real life" global marketplace in its openess- however there are already obstacles to accessing certain types of information in place and already exist control points for information: Apple won't allow you to use their products to create and promulgate "inappropriate materials" and equally Google acts as a form of Federal Regulator on advertising standards (thou shalt not buy links!).

Though, at least they do not have the control to forbid me entirely from sites. They may not "support" it, but I can still transfer and view information from sources not up to the Google/Apple rating.

How Would this Impact SEO?

Well, think of it this way- given that recent reports have suggested that the current Google algorithim prefers faster sites, the extreme end of the spectrum would have hosts and service providers charging you considerably extra to have "faster" service and could even artificially filter/limit the information passed to/from your site, unless you were willing to pay for premium service.

It is hard enough to find good hosting now- and if this sort of behaviour is allowed is there really anything to prevent people using this to scam others?

The requirements in the terms of service from Google maintain that you cannot "cloak" any information or show different information to Google than you do to everyone else. It could become awfully difficult to ensure all users receive the same information with limitations on plug-ins, types of content and different media types.

Additionally, say goodbye to all those wonderful Firefox plugins you use for SEO. You can also bid farewell to the leaps and bounds being taken with HTML 5 and by Google's team to index more types of user-friendly and attractive sites requiring scripts.

A non-neutral net may not sound outrageous to some of you out there- some may even think this is the status quo- but it is not and could have a serious impact on usability, SEO, and competition. If a small business cannot afford to pay for the faster service it seems extraordinarily unlikely that they will ever make it big. If the average customer cannot view online checkouts and make transactions via PayPal without paying a small fortune say farewell to the e-commerce boom.

It is tough enough to break into any market and compete with the big guys, the last thing a small business would want is to pay a premium in order to do so.

Pay-per-view and TV on Demand may be great and may be worth paying a premium for on your television as they are relatively new technology. However- optimising a site for usability and for search could become an exorbitantly expensive task and all of the "pretty" things that make websites so wonderful would be much more difficult on designers, developers and users alike with this "pay-per-view" mentality.

So, Who Should I Vote For?

Right, so I'm not going to tell you who to vote for. There a number of issues to consider and although Net Neutrality is essential for day-to-day employment and the entertainment of some, I can appreciate that it is not for all. If you are not bothered by any of the above, don't worry about my suggestions. If, however, you are troubled by the movements afoot in Congress you may want to pay attention.

The general trend (based upon my research) is for Republican party members to be opposed to net neutrality whilst Democratic candidates seem more likely to be in favour. This is not universally the case so we shall provide as much additional information on the individual candiates as available. There are obviously other issues that may have a more immediate impact on the economy, on the safety of troops overseas, and the future of medicine. However, putting all these other issues aside for a moment, here are the stances of the candidates in the Senate races that matter (and are still seen as "close" races).

There are 19 seats up for grabs in the Senate. Of these seats only 9 are considered to be "up for grabs" so pay attention if you're from any of the following states.

*The Republican party has yet to settle on a candidate in this race.

Senators may get all the credit but the House will be equally important in passing legislation on Net Neutrality.

There are 99 seats in play this cycle, of which 33 are considered to be a toss-up.

Despite the importance, given the volume and the number of primaries that still need to be decided, I will save the analysis of the House candidates for another day. Please let us know what you think!

Resources:
Save The Internet
Wiki Sam is a lead SEO at Distilled and wrote his masters' dissertation on US Congressional Elections.

He will be speaking at the upcoming Pro SEO Seminar here in London. Tickets are still available but
flying like hotcakes so get your tickets now!